A CELEBRATION OF FOOD, DRINK, AND ART

WHAT: Many service members will be dealing with the effects of their service for the rest of their lives. Our support should be no less enduring. Join us for the 4th Annual Warrior Taste Fest — the most exciting way to give back to veterans.

Celebrate with WQW and sample food, beer, and cocktails from the Treasure State's best eateries that will all be vying for your votes in our coveted Best Under the Big Sky competition. Enjoy the work of 10 renowned artists as they quick-finish their paintings before our vivacious and high-spirited live auction concludes the evening.

ATTENDEE INFORMATION:
VIPs, please check in at 5:30PM. To claim your ticket, please visit the registration table. You do not have physical tickets to this event. You will be checking in under your party's name.

General Admission ticket holders, please check in at 6PM. To claim your ticket, please visit the registration table. You do not have physical tickets to this event. You will be checking in under your party's name.

Welcome by Aaron Flint, emcee, and remarks from Darryl Hawkins of T-Mobile.

Event concludes with raffle drawings. Must be present to win.

Ten renowned artists will join us during Warrior Taste Fest as they quick-finish their art during the celebration. These ten artists will then put their work up for bid during our live auction. 50 percent of art sale proceeds support Warriors & Quiet Waters and 50 percent will support the respective artists, unless otherwise stated.

As a nationally-renowned Western landscape impressionist, Troy Collins creates paintings with brilliant color, texture, and insight from his studio nestled in the middle of the Bitterroot Mountain Range. His paintings have graced the halls of the California State Capitol, the Pentagon, the U.S. Capital, and are included in many corporate and private collections throughout the United States and Europe.

Troy's work has been featured in over 50 magazines and four books and he has also been chosen as one of the top 25 quick-finish artists in the West. Troy is a proud member of the 2019 Russell Skull Society of Artists. Troy is a returning quick-finish artist for Warrior Tast Fest, having participated in 2021.

Since the 1970s, Terry's passion for art has led her to countless courses and workshops in life drawing, graphic design, and illustration, exploring the three main foundations of art — shape, value, and color. She spent 20 years working in the corporate world followed by co-owning a commercial art business with her sister, operating throughout San Diego County, eventually transitioning into a fine art career as a professional artist in 2009. She has since earned numerous awards while exhibiting in more than 30 major museum shows along with several gallery group exhibitions. Her work, featured in several national magazines, most recently on the cover of Southwest Aert, has been purchased by both corporate and private collectors across the nation.

Terry has a strong connection to and deep respect for those who serve in our military. Her dad and uncles were Marines, her husband was in the Navy, and her son currently serves in the Navy. Terry is a returning quick-finish artist to Warrior Taste Fest, having participated in 2021.

After high school, Todd took time off from painting and joined the Navy where he served as a Navy SEAL in Coronado, California, and overseas. After the Navy, he traveled the country visiting historical sites and National Parks where his love of history and the outdoors came together with his desire to pick up the paintbrush once again.

Todd received his BFA in illustration from the prestigious Art Center College of Design in Pasadena, CA in 1997. After graduation, he worked as a color board painter for Universal Studios Japan's theme park project. In 1999, Todd made the move to Montana, painting full time, where he has met with much success. A near sell-out show in Bozeman in 2000 set his career in motion and he never looked back. He has participated in the CM Russell Show and Auction in Great Falls for the past twelve years. He is a member of the distinguished Russel Skull Society of Artists. Todd has been featured in many magazine and newspaper publications including Southwest Art, Western Art Collector, Big Sky Journal, and others.

Todd is a returning quick-finish artist with Warrior Taste Fest, having participated in 2021.

Jim Dolan is a metal sculptor with a career spanning more than four decades. His portfolio includes over 170 large-scale public pieces worldwide and hundreds of private pieces. You may recognize Jim's Bleu Horses installation on a hilltop overlooking Highway 287 between I-90 and Townsend. Jim's style of welding steel and other metals into realistic representations is unique among sculptors. His sculptures range from table-top size to a golden eagle with a 36-foot wingspan installed in Osaka, Japan. Observing the beauty and complexity of nature, Jim seeks to inspire others to appreciate nature and pursue their own talents and passions. Last year, Jim was awarded the Bozeman Daily Chronicle's Prime Award in honor of his personal and professional accomplishments, talents, and contributions to bettering our community.

Jim was also a quick-finish artist during Warrior Taste Fest 2021.

Thomas English is equally comfortable painting outside or in the studio. He has been shown many times in the C.M. Russell Auction, Quick Draw, and Masters in Miniature. Other shows include the Treasure State Invitational, the Montana Land Reliance, Plein Air Tucson, and Masters in Montana.

English has had one-man shows at the Paris Gibson Square Museum of Art in Great Falls and at the Hockaday Museum of Art in Kalispell where his work is on permanent display. His paintings have been displayed at the Governor's Mansion in Helena, and he also was awarded the prestigious "Artist in Residency" in Glacier National Park. English is a founding member and was the first President of the Montana Painters Alliance.

English is a returning quick-finish artist with Warrior Taste Fest, having participated in 2021.

Whitney's work has been juried into many national shows such as the Russell Auction, the Buffalo Bill Art Show, and the Coors Western Art Show Club Gallery. She was selected as one of Southwest Art Magazines's "21 Under 31" and is one of the youngest rising stars in the Western art scene. Whitney spends her time painting and exhibiting between Bozeman, Montana in the summer and in Scottsdale, Arizona in the winter. Her colorful horses, birds, and wildlife are collected throughout North America.

This will be Whitney's second year participating as a quick-finish artist in Warrior Taste Fest.

After working as a graphic designer, Jennifer took a leap of faith and started her own faux painting business. To remain on the cutting edge of the faux painting market, Jennifer studied in Italy with a master faux finisher and muralist. Jennifer was the most sought-after faux finisher in Kansas City. It was her experience in Italy that sparked her desire to paint landscapes. In 2005, she relocated to Colorado and started a family, where Jenifer now balances being a mother to three boys and being a landscape painter.

She enjoys Plein air painting and the challenges of capturing an ever-changing and nuanced scene. Jennifer describes her painting style as a combination of realism and impressionism. She received the Artist Choice Award at the Greenly Stampede (2017) and the Best Quick Finish Award at the Traveling West Show (2015).

Jennifer is participating for the second year in a row as a quick-finish artist at Warrior Taste Fest.

Intrigued by the challenge of working in a three-dimensional art form, Steve returned to his hometown of Stanford, Montana in 1981 and embarked on a career in sculpture. His first commercial success with bronze sculpture was with a piece depicting a white wolf famous in the area to commemorate the 75th anniversary of Stanford. The edition of 75 sold out within weeks. Shortly thereafter, he won a competition to create a life-size sculpture of a Revolutionary War soldier for a new school in North Pole, Alaska. He has since participated in numerous juried art shows throughout the West and has been asked to do commission work for many individuals and corporations. Because he casts his own work, he has been able to experiment with the strength of the bronze to better depict the story he is trying to tell. He invites you to observe and enjoy the attention to detail, rich history, and experimentation with the bronze medium which are apparent in his body of work.

Steve's father was a WWII veteran, his brother was a military doctor, and his sister also served.

This is Steve's second year participating as a quick-finish artist in Warrior Taste Fest.

Laurie’s paintings most often reflect the beauty of the northwest; the remote land that she calls home. Having lived most of her life in the west, the wilds and backcountry of Montana, or the desert of Arizona when she was young, her focus in art tends to be about the place – about landscape, and about the people and animals who have lived close to the land over time. She is drawn to the history and stories that unfold in still wild and natural places; and to the resilient, ever-changing beauty of the natural environment.

Stevens began her career as an artist in LA where she spent 12 years working in the entertainment industry as a scenic artist and muralist. She worked on many movies, TV, theme park, and theater productions, as well as for Walt Disney Imagineering during the creation of the EPCOT Center in Orlando, FL. In the ’80s Stevens returned to Montana, her birthplace, where she currently lives and works.

Laurie has been juried into quite a few national shows with American Women Artists, National Oil & Acrylic Painters Society, The Portrait Society of America, as well as gallery shows around the country. She has paintings in the permanent collections of the Booth Museum in Cartersville, GA., C.M. Russell Museum in Great Falls, MT., Marty Skylar, past Principal Creative Executive and International Ambassador for Walt Disney Imagineering (WDI) in Glendale, CA., Phillips Academy in Andover, MA. and The USAF in Washington, DC.

Inspired at a young age to fully appreciate the beauty the outdoors has to offer, Shirle has expanded her creative desires to capture the essence of her subject matter, whether it be wildlife, ranch scenes, figurative, or landscape subjects. With her broad brush strokes, palette knife work, and vivid colors, she creates an image that invites the viewer to participate in the final unfolding of the scene before them.

Shirle is a member of the Montana Painters Alliance, established to encourage and foster the growing appreciation among Montana's professional painters in Plein art, studio, and landscape painting. 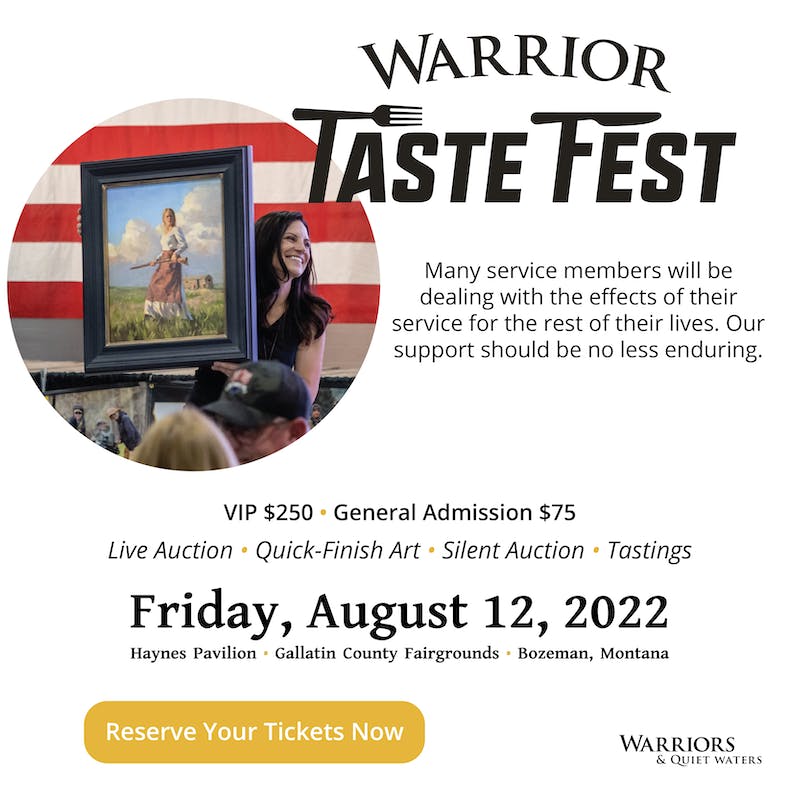